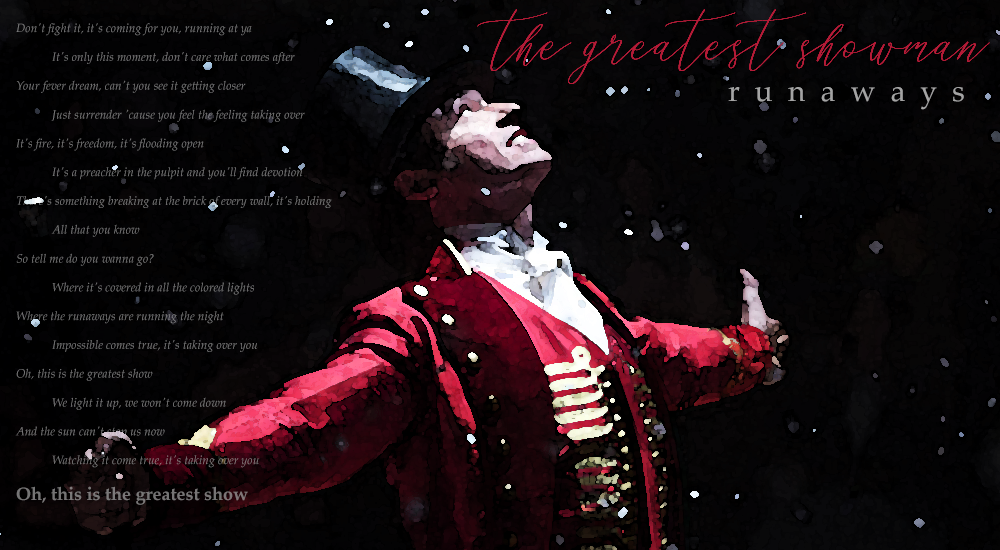 about the greatest showman

The movie is focuses on the start of Barnum's dream of a better life for his family and his humble beginnings as the son of a tailor. He falls in love with a wealthy girl, who leaves her life of privelage to be with him.

Along the way, he inspires and opens up a family life for many "castoffs" or "freaks". His vision is not well received at first but soon grows in success. Unfortunately, Barnum loses his true focus and goes after the money more than the heart of the people.

But he finds his way back to his true vision and returns focus to his family and the life of those in his show.